Appreciating all you have… 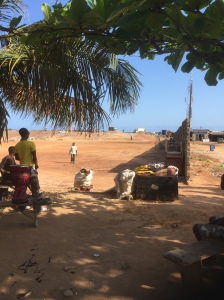 When I was young, like many of my generation, we were told to eat up when we didn’t like our greens, pasta (substitute here for your pet hate) because we should be grateful not to starving like the people in …(famine country of the time). It never worked. Greens didn’t taste any better. Positive thinking can have this problem too – we are very good at comparing ourselves to people close to us/ like us, not so good at having empathy for someone far off or ‘not like us’. Charities face this issue all the time, and often try to target that which will make out gut wrench – because that’s when we feel most and give generously.

I remember in my late teens and early twenties travelling to Asia and returning back grateful for just about everything. I thought at the time all Aussies should be made to go to a third world country – to cut down the complaining! This is reinforced by almost every news bulletin with the masses of refugees trying to escape their country – sometimes fleeing for their life, but in all cases, looking for a better one. That’s not to say everyone in Australia has a great life – obviously there are many with a range of issues, but sometimes perspective is important. Last week I got a healthy dose of it, visiting Ghana in west Africa.

I travelled as a volunteer with the Mental Health Foundation of Ghana, founded by two psychiatric nurses I worked with years ago, one of whom is Ghanaian by birth, the other who’s father worked there before she was born. Not a regular tourist destination, their most famous export is probably Kofi Annan. It is English speaking, very Christian (everyone goes to church and there are evangelical adverts on billboards everywhere), no Ebola currently and no civil war, so it ticked my this is safe enough boxes – I was prepared to take malaria tablets but have to say the offhand mention of hang worms did have me concerned (apparently they burrow into you then pop out of your skin…Ghana had a national campaign to eradicate them – successfully I am happy to say).

The Foundation ran a three day conference where I ran workshops, I gave a key note at an African psychology conference that was coincidentally on there, and did a day tour of the hospitals/ clinics in the Pram Pram region. Here’s what I learnt:

Anne Buist is the Chair of Women’s Mental Health at the University of Melbourne and has 30 clinical and research experience in perinatal psychiatry. She works with Protective Services and the legal system in cases of abuse, kidnapping, infanticide and murder. Medea’s Curse is her first mainstream psychological thriller. Professor Buist is married to novelist Graeme Simsion and has two children.
View all posts by annebuist →
This entry was posted in Uncategorized. Bookmark the permalink.