(About) Writing in (the other) Shangri-La 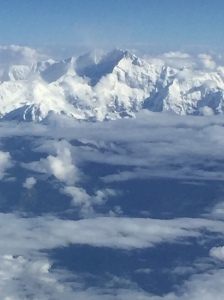 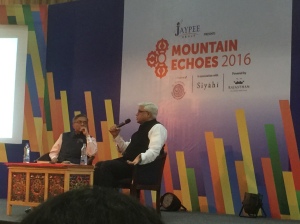 It is said by the Bhutanese that when James Hilton wrote in Lost Horizon of Shangri-La, it was their country that he was imagining.  Having spent three days there at the end of last month, two at their literary festival, and one hiking to the Tiger’s Nest Monastery, this is not as aspersion I am about to contradict. There is certainly a sense of other-world about this tiny (39,000 sq miles) country (until recently a kingdom) and whose 750,000 population still revere the abdicated 4th King (and his four wives who are sisters). One of these esteemed women, the Queen Mother Ashi Dorji Wangmo Wangchuck (try saying that quickly after a glass or two of wine…), is the Royal Patron of the festival, now in the seventh year. The festival was also attended by the minister from Rajasthan where they have the Jaipur Writer’s festival which is the largest in the world but this one in Bhutan, remains like the country, small, even with the large contingent of students, Indian journalists and politicians, but with  a distinct flare and character.

There is an earthy reality to this Shangri-La though. It is a country that didn’t have roads until the 1960’s. It is a land bound country uneasily situated between Tibet/ China and India, and a land entirely of mountains. Primarily Buddhist, though it has meat shops—so named I imagine because no butchering happens—the meat (no beef as far as I could tell) comes from India. It is famous for measuring happiness and aspiring to this for its people; poverty and youth unemployment keep this lower than they would like.

Yet they aim high and aim well—last year was reading year and over two million books were read by school children. And they aspire for sustainability and take Climate Change seriously. Amitav Ghosh opened the festival with this topic, also that of his latest novel; erudite but somewhat depressing, he didn’t think there was a solution, human beings being as they are, a pessimism that seemed at odds with the setting, but might be all too real for a country that will drown if/when the glaciers in the Himalayas melt.

Having now been to maybe over twenty different festivals around the world, what was of most interest to me, was what made this festival different from the others. Yes, there was the sharp right turn and steep descent onto the runway into Paro where I felt I could l almost touch the mountain on the right, and the breathtaking ice-capped mountains as we left. Yes, there were the dogs and cows on the roads which held signs at each bend saying things like “speed thrills…but kills” and “if you sleep your family will weep”. The people themselves were what makes any festival—and in this festival it was a wonderful rich mix of Bhutan meets India, with passionate discussion about things from identity to dating. There was a definite sense of the Indian (and Bangladesh) women being articulate and forthright with their opinions compared to a more gentle coaxing from the Bhutanese of either gender, but there was still the firm reminder that gender equality was not quite what the Gurus believed it to be.

What I loved was the explosion (for me) of awareness of a whole subcontinent of literature I don’t know. We hear about (and read) the very top echelons of Indian writers; but what about those who only write in Hindi, or detective fiction like Zac O’Yeah (yes, this is a made up name), with a hero called Harry Majestic who is lower caste minor criminal detective, written specifically for an Indian audience (think a Bollywood version of Sue Williams Murder with the Lot or Kerry Greenwoods voluptuous cook series) by a Swedish man married to an Indian writer, living in India and who speaks English with an Indian accent. On a more serious note there was much discussion about the issues for women in India with the acceptance of rape at a level and in a way totally different to the West; I was in India for four days and on each the paper’s first three pages had cases of rape, often of children. One spoke of how the perpetrator took video—to use against the woman if she reported them. Shocking as this is, there was (unlike with Climate change) a sense of hope, and change afoot.

This is a festival that like its host country is coming of age, marrying old and new, and using words—fiction and poetry—to do it. 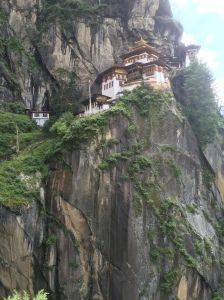 Anne Buist is the Chair of Women’s Mental Health at the University of Melbourne and has 30 clinical and research experience in perinatal psychiatry. She works with Protective Services and the legal system in cases of abuse, kidnapping, infanticide and murder. Medea’s Curse is her first mainstream psychological thriller. Professor Buist is married to novelist Graeme Simsion and has two children.
View all posts by annebuist →
This entry was posted in Blog and tagged Bhutan, literary festival. Bookmark the permalink.

1 Response to (About) Writing in (the other) Shangri-La