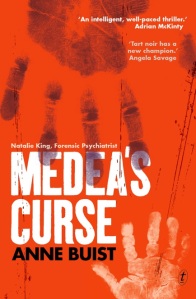 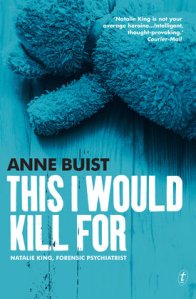 The last in the Natalie King series, Locked Ward, comes out in February.

And look out later in 2023 for a new series from Anne Buist and Graeme Simsion tackling the gritty and at times light moments at the coal face reality of a mental health service in crisis.

Anne Buist’s first psychological thriller, MEDEA’S CURSE was published by Text, on January 28th 2015. The second Natalie King book, DANGEROUS TO KNOW, was published by them on March 29th 2016, and both are published by Legend Press in the UK. THIRD in series  THIS I WOULD KILL FOR was released February 1st 2018. A stand alone rural thriller, THE LONG SHADOW was published April 28th 2020.

Anne Buist and Graeme Simsion have co-authored TWO STEPS FORWARD, a journey of midlife reinvention set on the Camino de Santiago, was published by Text publishing in October 2017, and hit the Australian fiction best seller list, as it did when released in The Netherlands (Luitingh-Sijthoff) and Israel (Tchelet)in March 2018. It was published in 2018 with Harper Collins in USA (Morrow)  & Canada, Two Roads (Hachette) in UK, and in 2019 in Germany (Fischer). The sequel, Two Steps Onward was released in 2021 in Australia and rights in Germany (Fischer) and Netherlands (Luitingh Sijthof).

“once again Buist’s extensive background in psychiatry shines through…has mixed village mystery, the fish-out-of-water novel and psychological thriller and placed them in the outback. It all combines to give an insight into motherhood in all its rich variety and complication”. Barry Reynolds, Herald Sun p59  April 25th 2020

A dark sexy and gripping psychological thriller set in the heart of Melbourne: see Reviews and Events for all the latest reviews and information.

“A gripping ride of crime and tension” Adelaide Advertiser

“A psychological thriller with all the ingredients” Jennifer Byrne

“Crime novels and thrillers depend on strong investigators whose idiosyncrasies make them distinctive and attractively flawed…ticked these boxes.’ The Herald Sun

Short-listed for the 2016 Davitt awards

One of BuzzFeeds top 19 Australian books for 2015 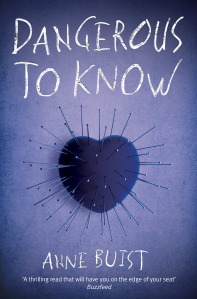